Bapco at a Glance

The Bahrain Petroleum Company (BAPCO)’s inception in 1929 marked the start of a radical transformation whose impact was felt in Bahrain and across the region. From a country known for its pearl trade, Bahrain became a pioneer in the oil and gas sector and led the change towards an industrial economy.

late 1920s was a unique period in world history. It was a time between the two world wars that witnessed the Great Depression, the collapse of the natural pearl industry as well as social and political upheaval due to the aftermath of the First World War. With such negative sentiments all around, the possibilities of discovering oil in the Arabian Peninsula provided a ray of hope. 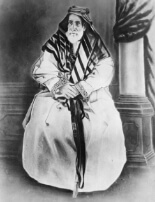 In 1923, the first concession to explore for oil and minerals was signed in Bahrain during the era of the late Shaikh Isa bin Ali Al Khalifa, the ruler of Bahrain and its dependencies and Major Frank Holmes. 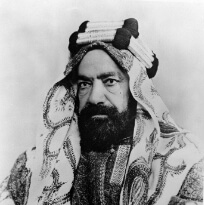 In 1925, the late Shaikh Hamad bin Isa Al Khalifa, the Ruler of Bahrain and its dependencies, signed the official concession for oil exploration.

In January 1929 Bapco was formed by the Standard Oil Company of California (SOCAL) in the era of HH the Late Shaikh Isa bin Ali Al Khalifa.

The Standard Oil Company succeeded in securing onshore oil concession agreements for Bahrain, and BAPCO was formed as a result. History was made in 1932 when oil was discovered at Well Number One in Jebel Al Dukhan - marking the first such discovery in the Arabian Gulf.

With oil gushing at 400 barrels per hour, it was clear that Bapco was now in business. On the 7th June 1934, the first ever shipment of Bahrain crude oil was exported to Japan from the Sitra terminal on El Segundo, the Standard Oil Company’s tanker.

Work already began for setting up the Bahrain refinery, which was opened in 1936 with a capacity of 10,000 barrels per day. Increased activities at the refinery meant the need for more trained and qualified oil workers to move to Bahrain with their families. From temporary housing near the first oil well in 1933, the foundation for a dedicated township was laid and was named Awali by the then Ruler of Bahrain, Shaikh Hamad bin Isa Al Khalifa. Awali grew with modern facilities and amenities, and was the first in Bahrain to have central air-conditioning plants.

The effect of the oil discovery could be seen on the streets of Manama as well. Yateem Gas Station was opened in 1938 in what is now the Government Road - making it the first ever such facility in the whole of Bahrain.

For Bahraini nationals who suffered as a result of the collapse of the pearl trade, Bapco became a reliable job provider. Many Bahrainis were given additional training that equipped them for the challenges of this new industry that was slowly but surely changing the contours of Bahrain’s economy.

On 2nd June 1932, oil was discovered in Bahrain making it the first country in the Arabian Gulf to discover oil.

In 1934, the first shipment of 25,000 barrels of crude oil was exported on the ship El Segundo to Japan.

Bahrain found itself dragged into the Second World War because its nascent hydrocarbon industry made the island strategically significant to the Axis powers. In 1940, Bahrain, too, witnessed action when Italian planes bombed the refinery but failed to cause any damage and there were no casualties.

With rise in demand for crude oil in the post-war years, major improvements were made to the refinery power plant, crude distillation units, SO2 plant, cracking plant and the pitch pond. The Sitra and Zallaq wharf facilities were altered, pipelines were re-routed and a storage tank was constructed at the Zallaq marine terminal.

1948 marked the discovery of natural gas and it proved to be another major milestone in Bapco’s history. Natural gas served as a fresh income generator and helped in meeting the demands of a fast-paced society that was growing in the aftermath of the Second World War. 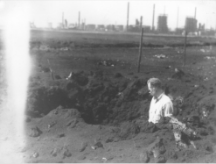 In April 1945, the A-B Pipeline was extended between Bahrain and Saudi Arabia in the era of HH the Late Shaikh Salman bin Hamad Al Khalifa 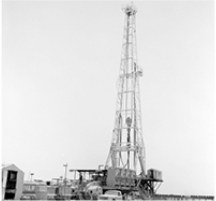 In 1948, a large natural gas reserve was discovered by Bapco; it was the first company in the region to discover Khuff Gas.

Bapco launched the Housing Plan in 1957, which enabled employees to borrow against their saving plan balances to build new homes or extend old residential units.

The Bapco Apprenticeship Training Scheme, commissioned in 1955, became the cornerstone of the company’s commitment to promote localisation of its workforce. It began offering crafts training along with commercial and operator apprenticeships, and laid the foundation for the training of a new generation of Bahraini artisans, boilermakers, carpenter’s, clerks drivers, tug-boat operators and more.

In 1965, Bapco began offering secretarial training to Bahraini women, and thus, played a part in shaping Bahrain’s role as a pioneer in female empowerment. Bahrain had already led the way in female education and now Bapco opened the doors for women to enter the commercial sector through these courses.

With oil becoming one of the staples of the modern economy, in 1968 Bapco embarked on a refinery expansion programme that helped boost its capacity to 250,000 barrels a day. At the same time, the Government of Bahrain made additional moves to ensure that the hydrocarbon industry continued to remain a strategic asset in the national economy and was given the required priority for its continued growth and success. 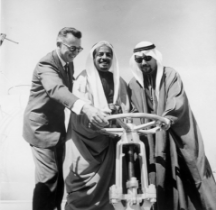 In 1966 and during the era of HH the Late Shaikh Isa bin Salman Al-Khalifa, Abu Sa’afa field was opened by HRH the Prime Minister Prince Khalifa bin Salman Al Khalifa. 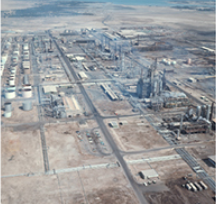 In 1968, the Bahrain Refinery Expansion Program was completed with capacity of 250,000 bpd in the era of HH the Late Shaikh Isa bin Salman Al Khalifa.

Bahrain was declared an independent state in 1971, and soon became a member of the United Nations, the Arab League, the World Health Organisation as well as the Food and Agricultural Organisation.

The Bahrain National Oil Company (BANOCO) was formed in 1976 and then in 1980, the Supreme Council for Oil was established under the chairmanship of His Royal Highness the Prime Minister, Prince Khalifa bin Salman Al Khalifa. The following year, the Bahrain Government increased its shares in Bapco to 60 per cent while the remaining 40 per cent were owned by Caltex, a successor to the Standard Oil Company.

As part of streamlining the oil operations, BANOCO was given full and direct responsibility over oil and gas production in 1982. Bapco was also reconstituted as a joint venture between the Bahrain Government holding 60 per cent shares while the remaining 40 per cent were held by Caltex.

In 1980, the Government of Bahrain acquired the assets of oil production & exploration in Bahrain and participated in the ownership of the Refinery by 60% against 40% of Caltex.

In 1934, the first shipment of 25,000 barrels of crude oil was exported on the ship El Segundo to Japan. 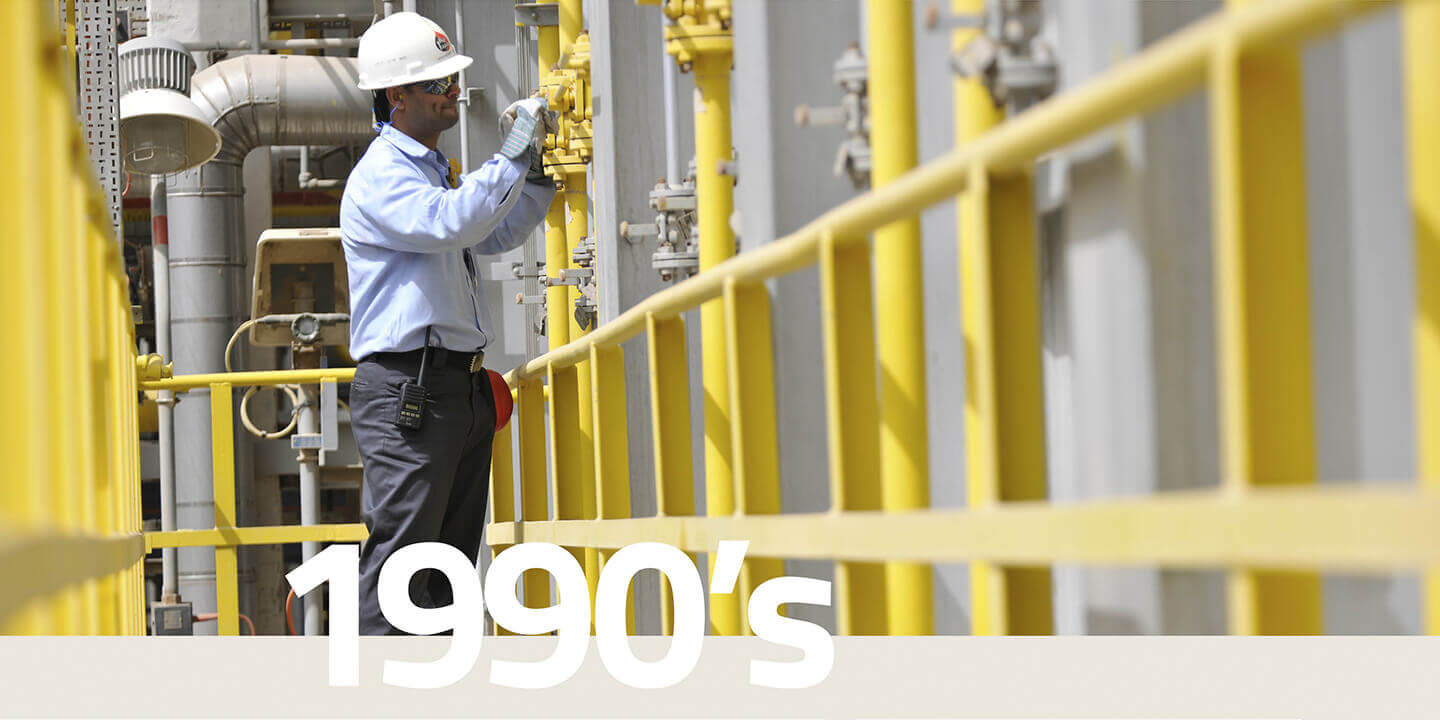 To mark the 60th anniversary of the discovery of oil, the oil museum Dar Al Naft was inaugurated, and provided a showcase of some of the more interesting developments in Bahrain’s journey. In 1997, the Government of Bahrain assumed complete ownership of the Bahrain Refinery that provided the stage for the next big change two years later. BAPCO and BANOCO merged to form a new company to be ready for the challenges of the new century.

In 1992, the Oil Museum was inaugurated by HH the Late Shaikh Isa bin Salman Al-Khalifa. 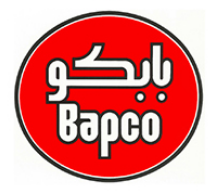 In 1997, Bapco became fully owned by the Government of Bahrain after it acquired the share of Caltex. 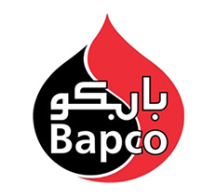 In 1999 and during the beginning of the era of HM King Hamad bin Isa Al-Khalifa Bapco was established after the merger of Banoco and the Bahrain Petroleum Company.

The BAPCO Strategic Direction was inaugurated in 2002 to see how best the company was able to address new opportunities and enhance its core competencies. It has provided the seed for the ambitious Bapco Modernization Programme (BMP) that will soon see the company increase its capacity, explore new markets, and establish state-of-the-art operations that are energy efficient and environmentally friendly.

In 2010, Tatweer Petroleum Company was formed, and was given the stewardship and redevelopment of the Bahrain Field. The transfer of Bapco’s upstream activity to sister company Tatweer was completed during 2018, allowing Bapco to focus its operations on downstream activity and the BMP.

In 2011, the US$430 million Lube Base Oil plant was inaugurated, and Bapco saw the very first shipment of Group III Very High Viscosity Index Lubricant Base Oils. The Lube Base Oil plant was part of a Strategic Investment Program in excess of a billion US dollars between 2004 and 2014, which also saw low sulfur diesel production. The program included other environmentally friendly investments such as a wastewater treatment plant, refinery gas desulfurization unit and enhanced sulfur handling facilities.

His Royal Highness the Prime Minister, Prince Khalifa bin Salman and His Royal Highness the Crown Prince, Deputy Commander and the First Deputy Prime Minister, Prince Salman bin Hamad Al Khalifa laid the foundation stone for BMP in March 2019 during the company’s 90th anniversary celebrations. It marked a promising step towards the setting up of one of the largest and most advanced refineries in the region.

In 2007, the Low Sulfur Diesel Production Complex (LSDP) was commissioned in the presence of His Royal Highness the Prime Minister Prince Khalifa bin Salman Al Khalifa. The same year also marked the 75th Anniversary of the discovery of oil.

On 22nd January 2019, The Bapco Modernization Program (BMP) Groundbreaking Ceremony took place under the patronage of the Minister of Oil HE Shaikh Mohamed bin Khalifa Al-Khalifa.